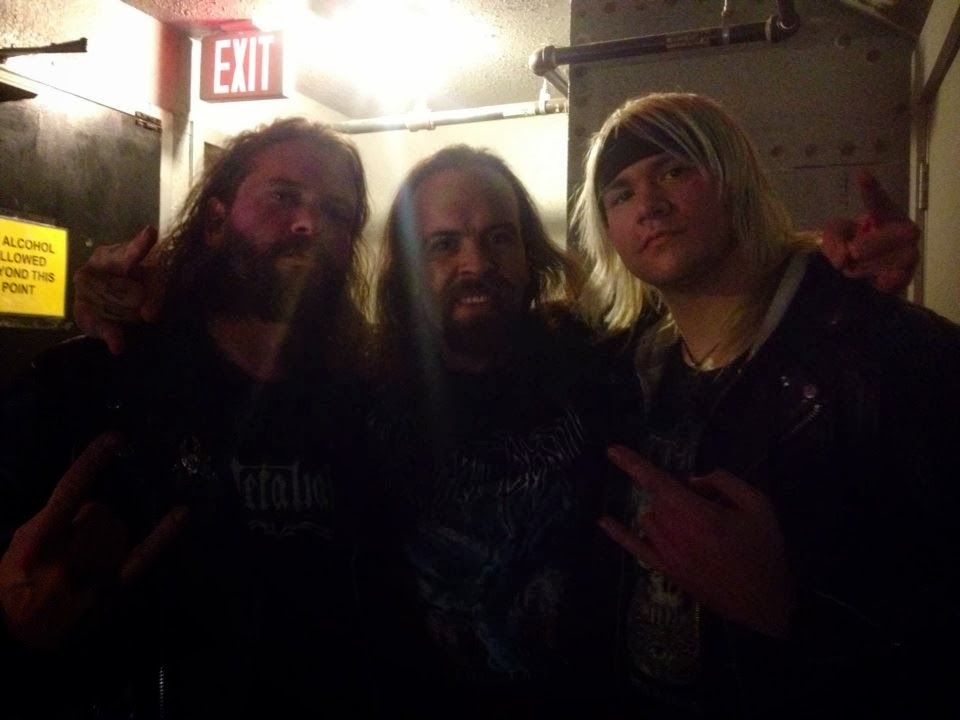 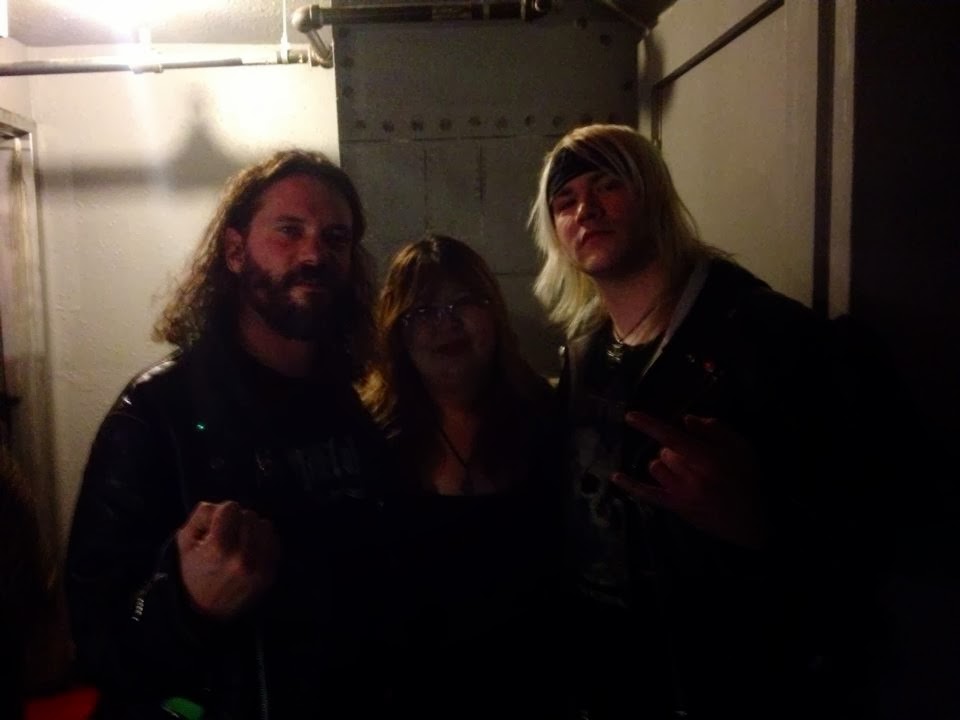 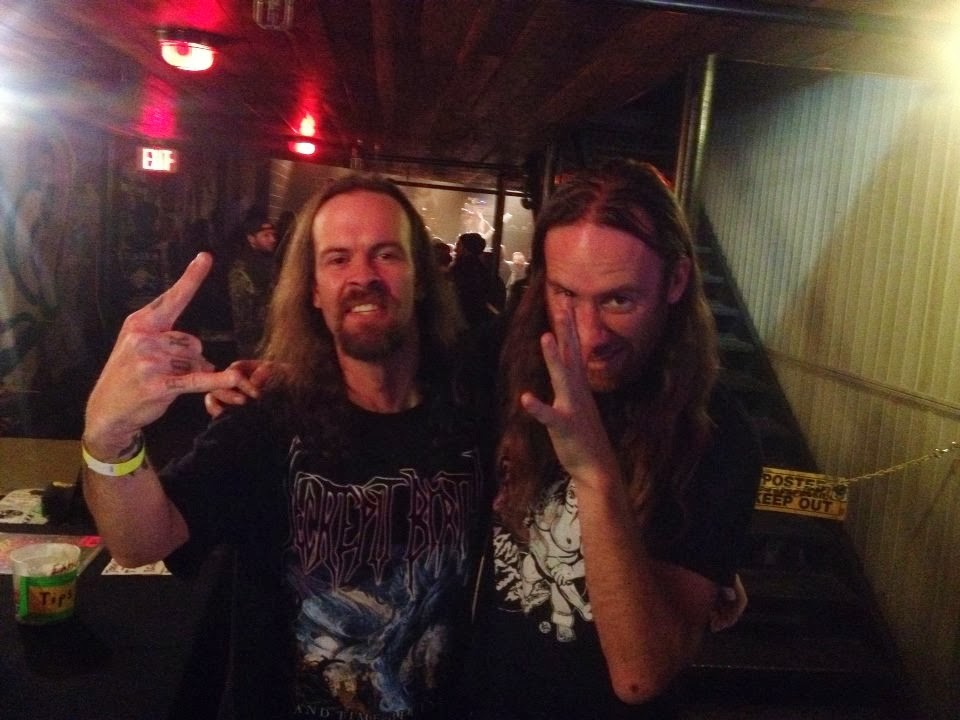 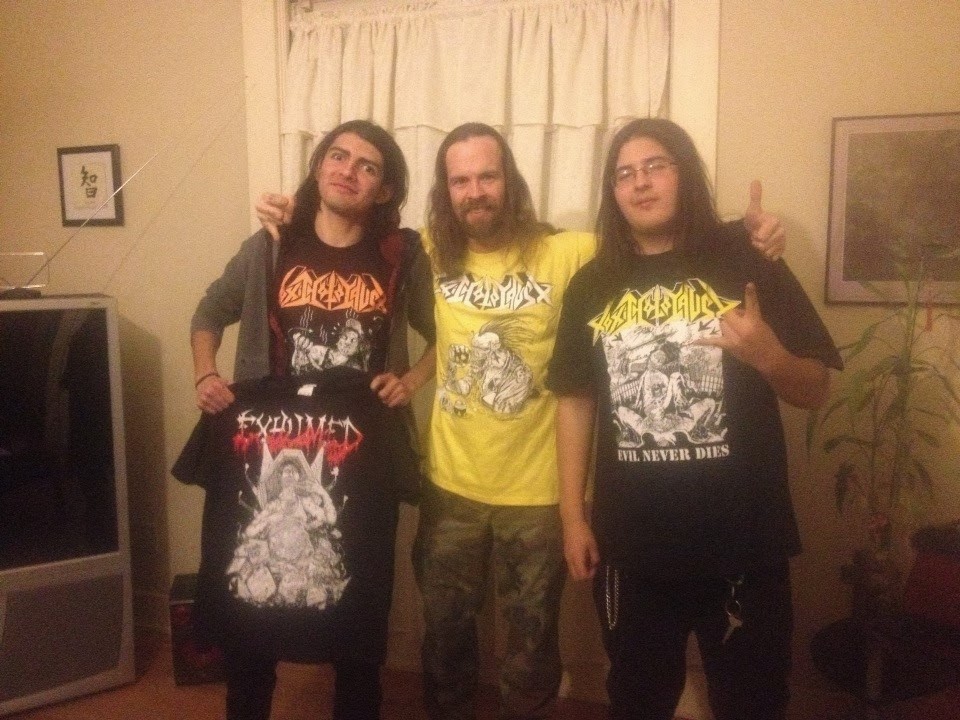 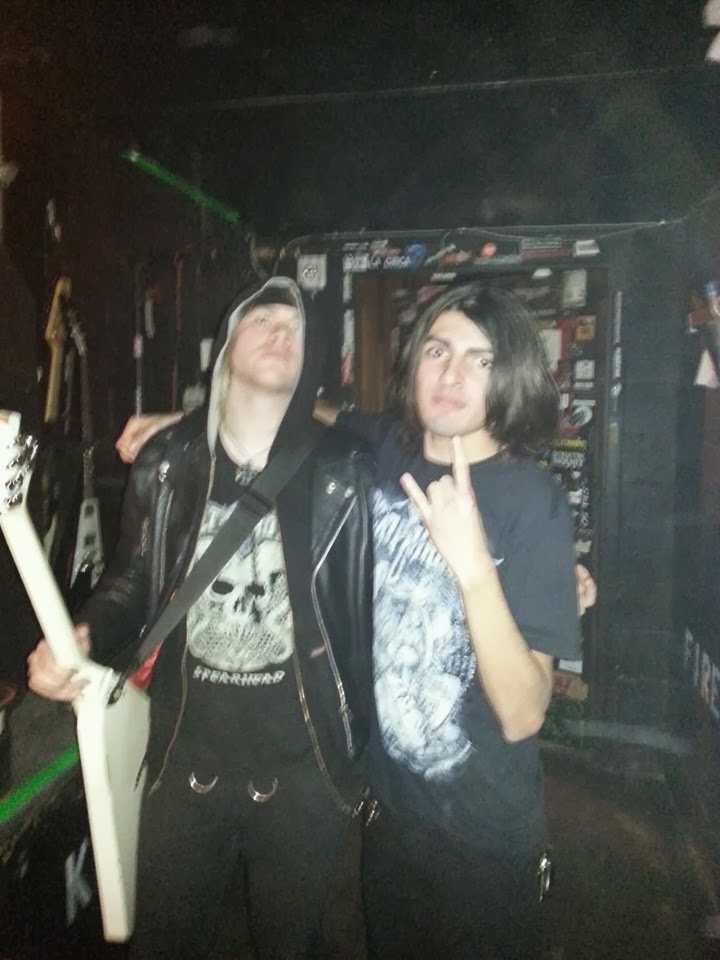 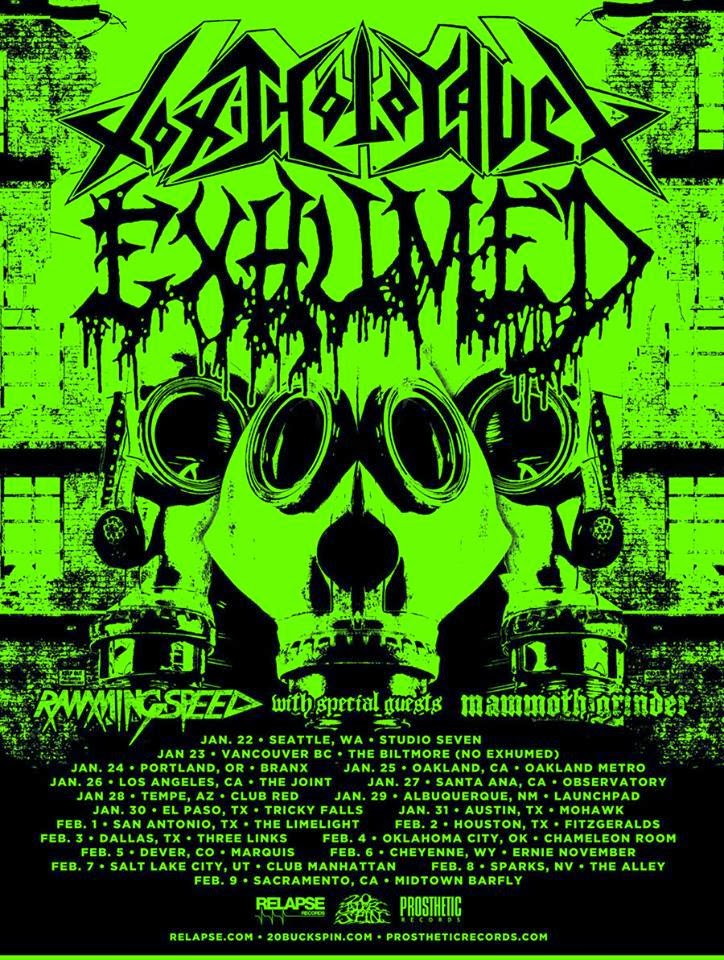 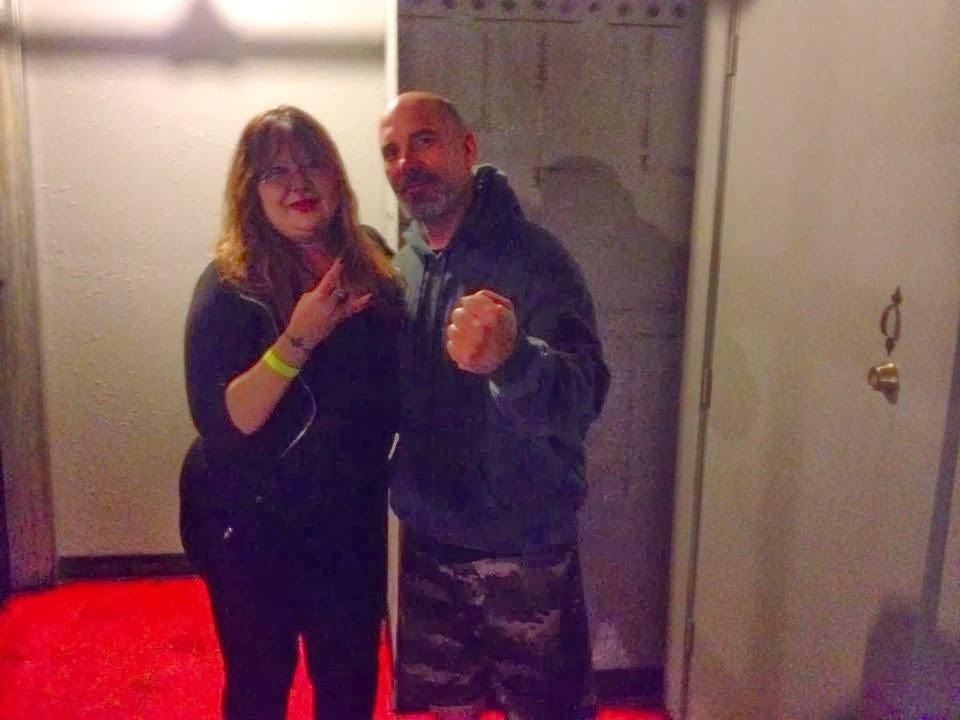 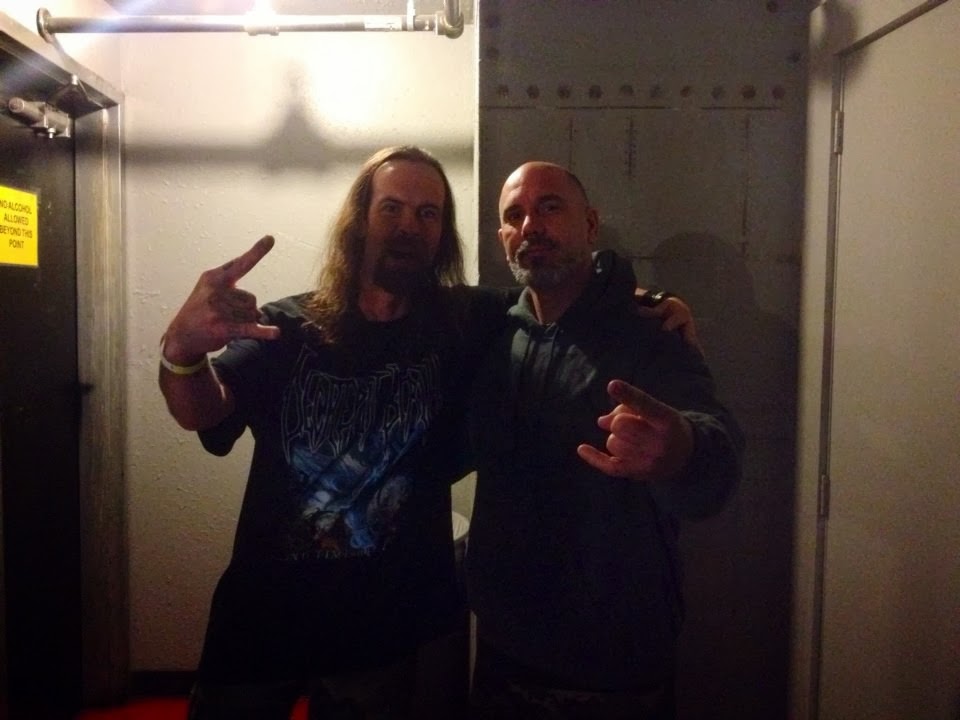 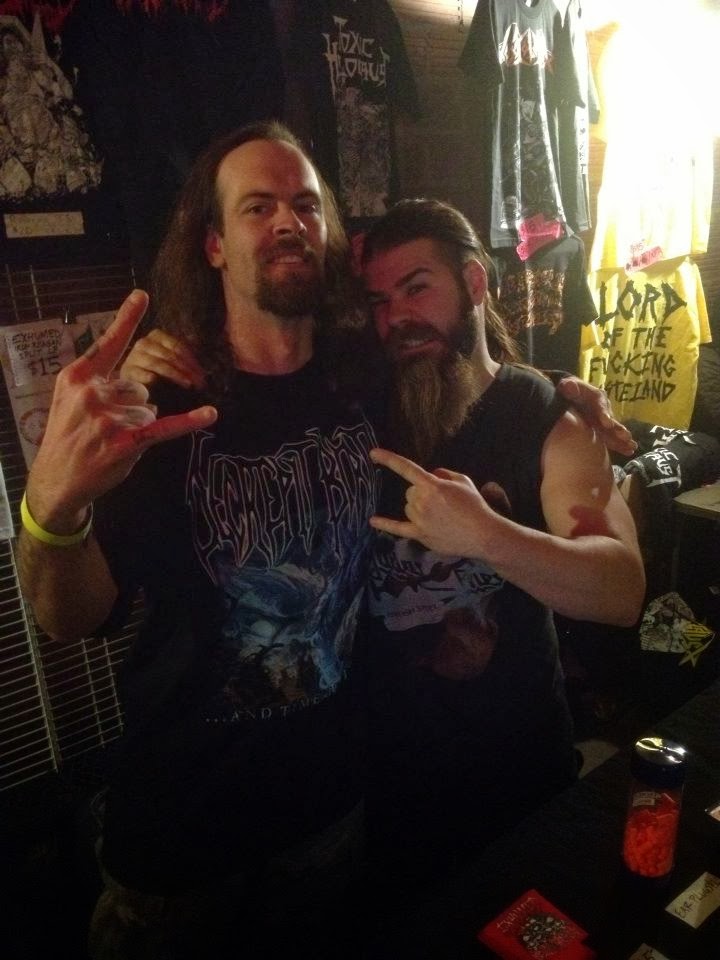 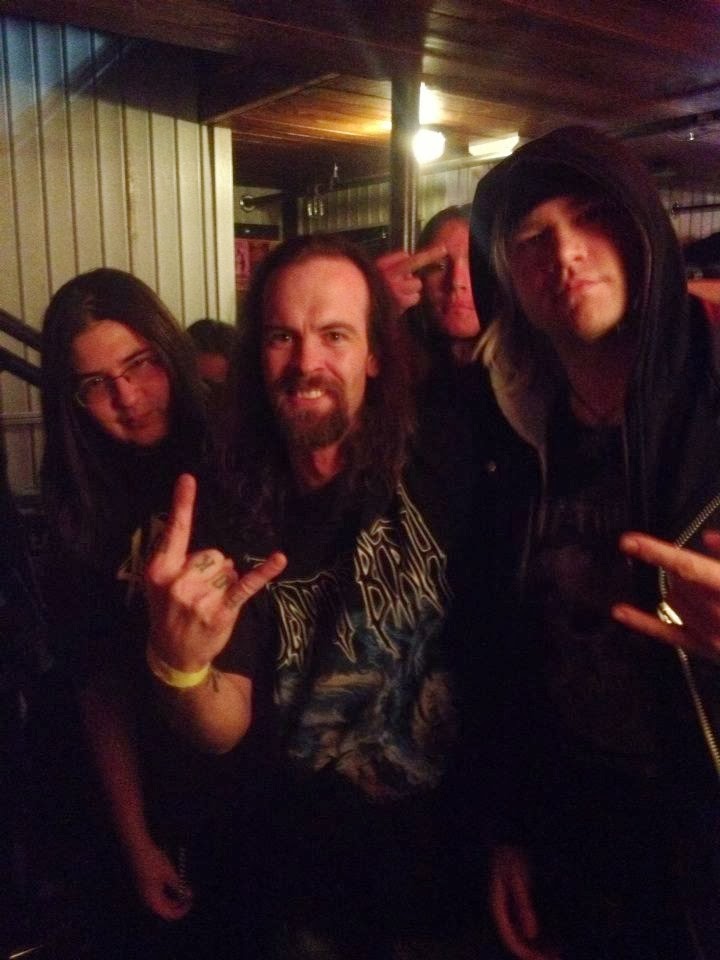 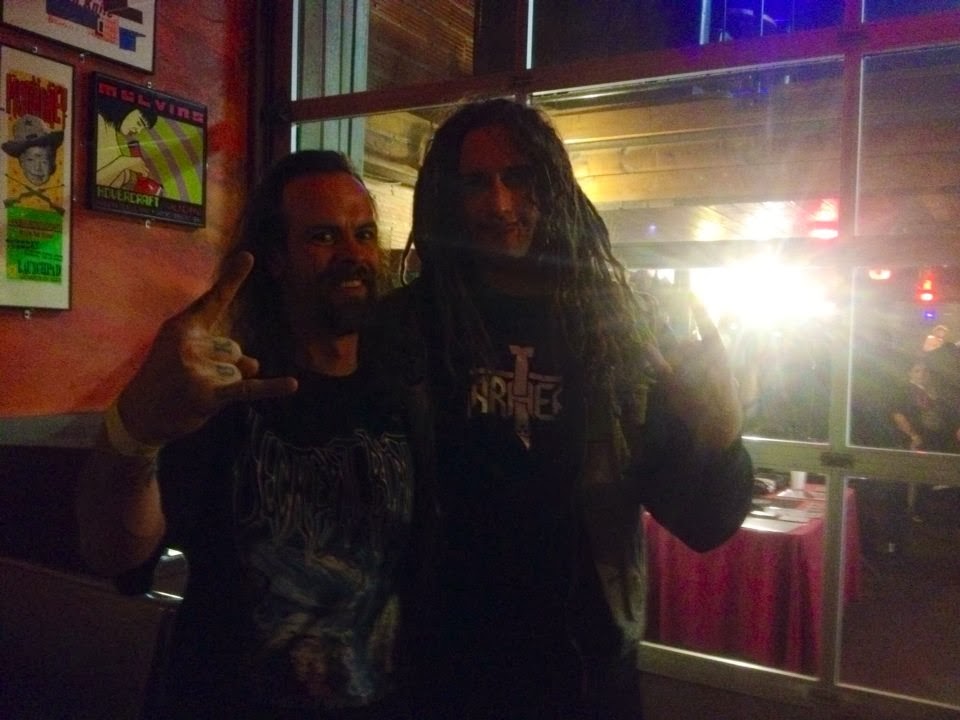 This show was fun, intense, and most of all: VERY ENTERTAINING!! We had the opportunity to meet Exhumed, Toxic Holocaust & Ramming Speed at a recent show in Albuquerque NM at The Launchpad. The show started around 7 or 7:30 with Ramming Speed opening. They had a pretty decent set and sounded a bit different than most metal I listen to, but I still enjoyed their performance. After they were done, Mammoth Grinder hit the stage and did their fair share of music as well. While they were doing so, I was able to talk with the drummer of Exhumed.  At the time I didn't realize it was Mike Hamilton whom I had met back on July 31, 2006 on  the Bloodletting America Tour 5. It was a surprise to both of us because we looked at photos of the Bloodletting tour. He was surprised at how young we both looked.  He also mentioned to me that he's still in Deeds of Flesh, but they don't tour anymore. I must say though, after 8 years, I never thought I would meet him again and it was good seeing him. I'm happy and glad my girlfriend could meet him as well as Joel Grind and Phil Zeller from Toxic Holocaust  as well. We also got to meet Blake Chuffskin, the bassist from Ramming Speed. It was great fun for all of us. The best photo of the evening is of Dennis, myself & Caleb wearing our Toxic Holocaust shirts. On another note and also the highlight of my night was doing backing vocals on Wild Dogs during Toxic Holocaust's performance. Joel himself gave me permission to do so. I will post the video below so y'all can view it. Exhumed was cool. I particularly enjoyed the decapitated mannequin head filled with fake guts that were thrown onto the crowd. Talk about an interesting yet killer stage performance! Even the chainsaw guy was entertaining. He's the guy doing the blow it out your nose in one of the pics above this show review. Another thing that was great about this show was Craig who was selling merchandise for Toxic Holocaust. He recognized me from a show back in 2006 on May 4th to be exact when Shadows Fall & Cephalic Carnage performed in Johnson City NY.  It was an awesome night for all 4 of us; Crystal, myself, Caleb & Dennis. I think the next show we all go to will be even MORE fun, maybe just as fun. All of the bands were great! Until next time metalheads, keep those horns high and support UNDERGROUND METAL & UNDERGROUND NOISE!!!! THIS IS YOUR FRIEND EVILVENGEANCE666 \m/-_-\m/ 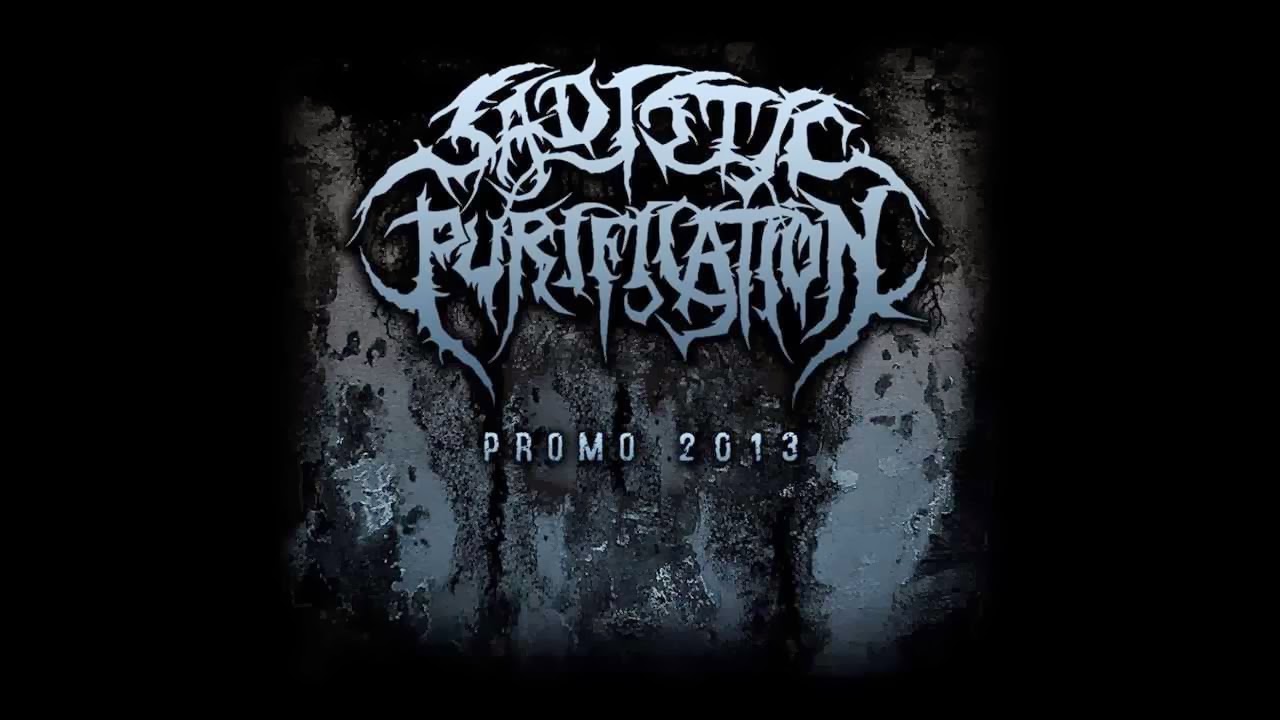 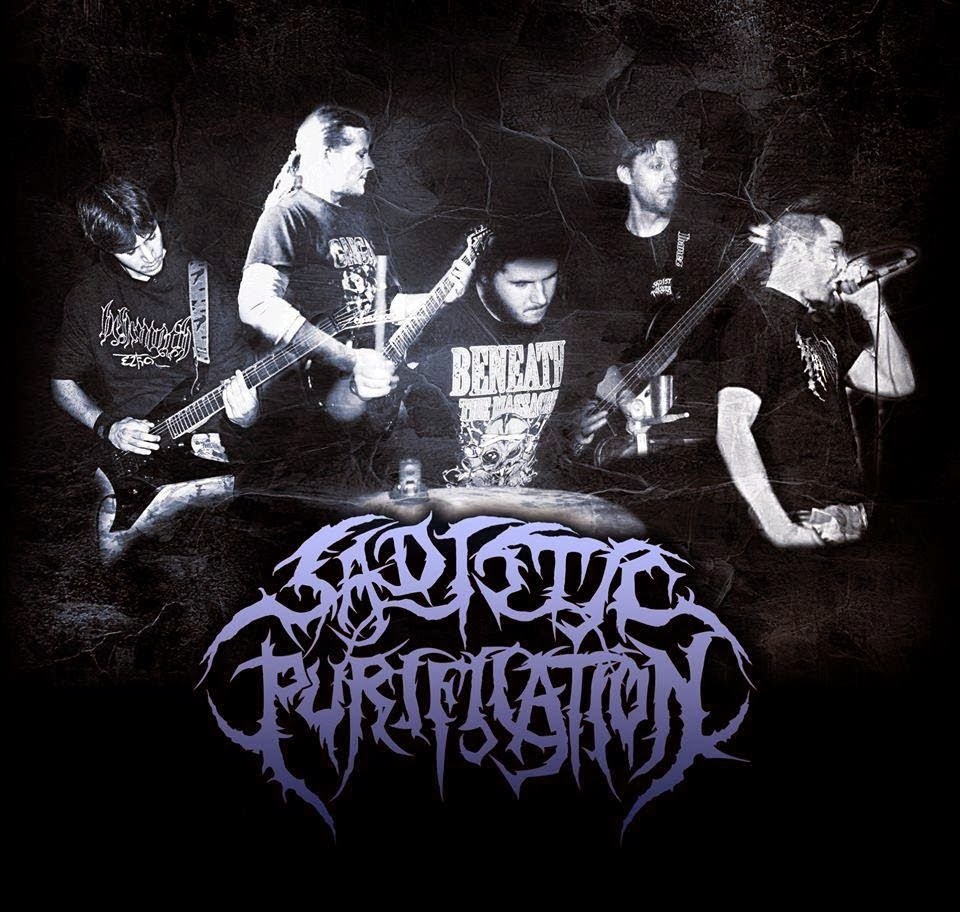 5 EXTREME & BRUTAL DUDES WHO HAIL FROM ATHENS GREECE MAKE UP THIS BAND KNOWN AS SADISTIC PURIFICATION. Get out your headphones and plug into a semi-technical slamming death metal 3 song promo who deliver tight precision with everything they do. I can honestly say that this 5 piece band is known to do some severe beatings on the drums as well as the guitars and bass and vocals which are like Inherit Disease, Gape & many others to name. Being what they are, and what they're capable of doing, Sadistic Purification will beat you to a pulp! I'm suggesting Sadistic Purification to fans of early Abominable Putridity, Oblivionized, Goemagot & any band that has a similar style such as theirs. For being just a promo, I'm giving this release a 9/10 stars. I was hoping for it to be longer, but look forward to when they release a full length album. I'm sure it'll be just as good as this promo has been. So if you are looking to get your head caved in with an ax, then look no further and let the bloodbath begin with Sadistic Purification! UNTIL NEXT TIME METALHEADS AROUND THE PLANET, KEEP SUPPORTING UNDERGROUND METAL, SUPPORT SADISTIC PURIFICATION, SUPPORT UNDERGROUND NOISE, SUPPORT YOUR LOCAL MUSIC SCENE & MOST OF ALL: KEEP YOUR HORNS UP!!! EVILVENGEANCE666 \m/-_-\m/ 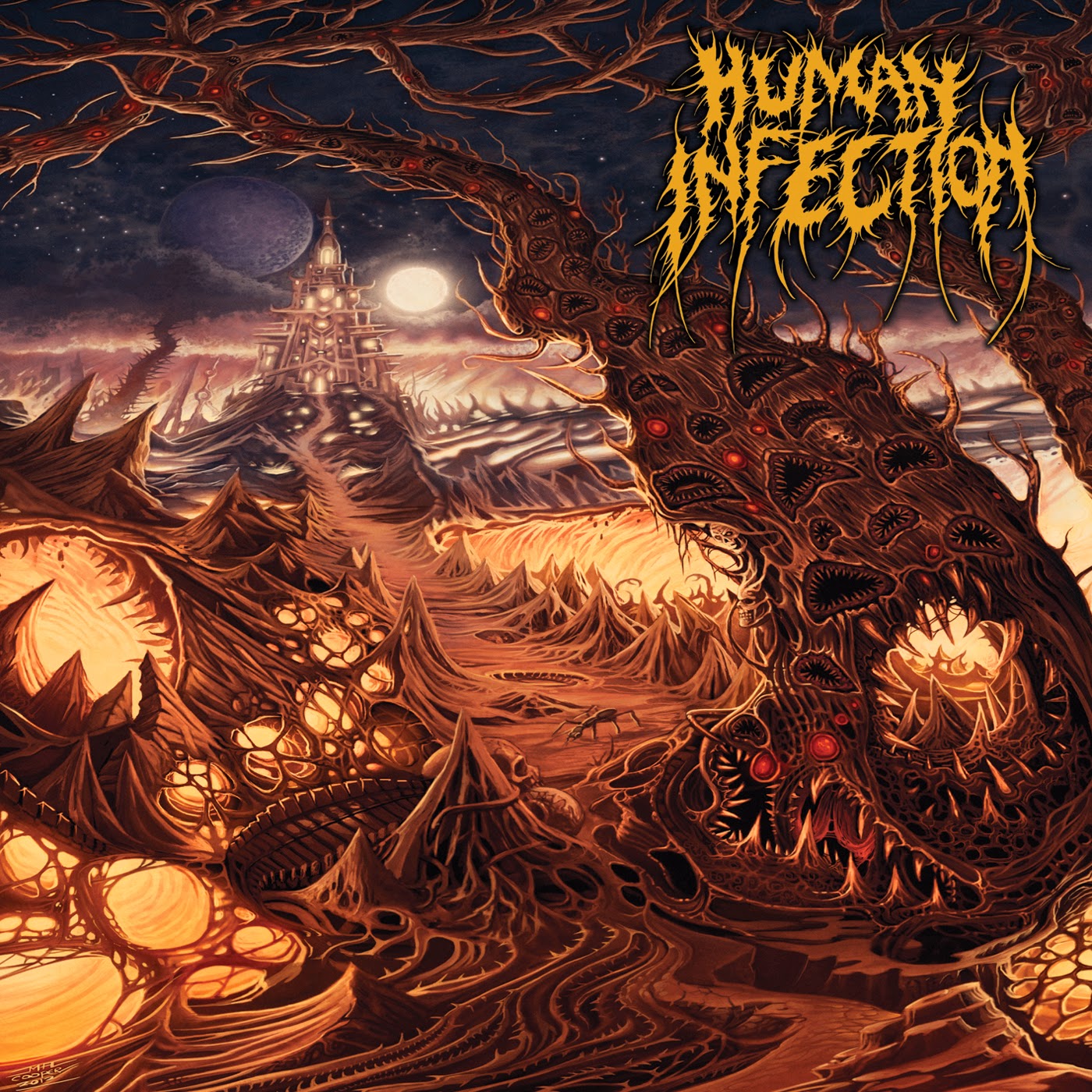 Human Infection have left many stunned with their previous release known as Infest to Ingest, but their sophomore album entitled Curvatures In Time will bury them alive. Sounds a tad different than their prior album, but it's all good because it's full of blast beating mayhem, chunky and catchy riffing along with growls which will affect the listener in a great way just like before. This album won't be out until February 11, 2014. However, once the fans hear this new stuff, it's gonna blow their minds so hard that they'll be in wait for what's next with Human Infection. In case you don't know, this band comes from the state of Virginia. I'm pretty sure this album will cause a pit to start at any time given. If you like bands like Suffocation, Cannibal Corpse & Monstrosity, then this should be in your collection. All the members have stayed the same since the first album, and I'm happy to say that it's amazing how some bands have changed members, however the band Human Infection is one to please ANY extreme metal listener with how they've progressed since the first release Infest To Ingest. This is one very impressive album from start to finish and I give it a 9/10 stars and I'm pretty sure within 9 days, this should be selling like crazy. So metalheads, continue to support UNDERGROUND METAL, SUPPORT HUMAN INFECTION, SUPPORT UNDERGROUND NOISE...and MOST OF ALL: KEEP YOUR HORNS UP HIGH!!! EVILVENGEANCE666 \m/-_-\m/