A DEADLY WISH- LIFE MINUS YOU (ALBUM REVIEW) 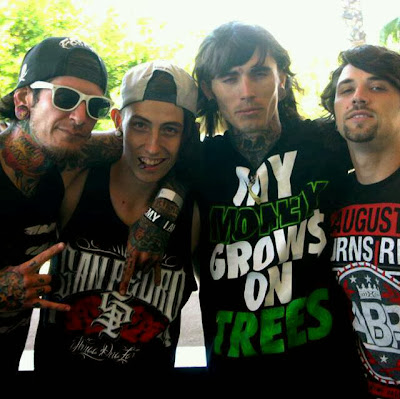 Take this awesome four piece band known as A Deadly Wish and fuse the sounds of Metalcore with a small touch of Death Metal and that's what makes this band a promising band to anyone who is into this style of music. Coming from California is A Deadly Wish, one that destroys LIVE as well as in the studio. Awesome harmonic with brutal riffs and scathing screaming vocals with a blend of growling and some clean vocals that made me a believer that this band will get stronger and much more kick ass in time. If you like bands like Devildriver, A Day To Remember and As I Lay Dying, then these guys are right up your alley. The album Life Minus You focuses the listener into a realm that will make them want more of A Deadly Wish. This band will grow on you. They have an ability to express their talent fluently and are very impressive. If you are looking for a NEW Metalcore band to check out, don't pass up this band called A Deadly Wish. Life Minus You is getting a 5/5 stars just based on who and how they are and sound. Very cool guys to chill with before and after a show for sure. So metalheads across the globe, this is EVILVENGEANCE666 telling all of you to keep supporting METAL, support the underground and most of all; keep those horns up!!! \m/-_-\m/ 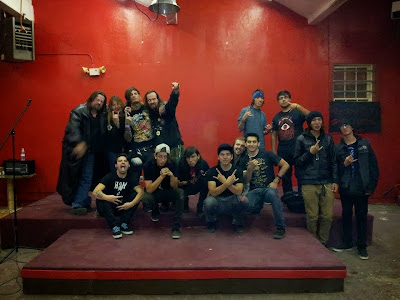 Here's a picture of the band on the left side of the stage along with myself and some friends along with the band Demanding The Facts who also played that night on 10/28/2013 at Black Betty's Pit. 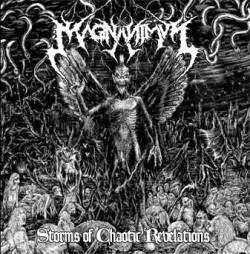 Who's ready to have their ears blasted once again? Take this 3 piece band known as Magnanimvs & dive into their world of super intense and thundering relentless drum blasting with killer double bass drumming that is abysmal, bass tones that are unfathomable and dark which smash your face in, guitar that has swirling pinched harmonics in the second song called The Dark Spear of Condemnation and vocals which bash in your skull with with a sledgehammer. Magnanimvs are a high tech blend compounded of Black Metal & Death Metal. This band will batter you to no end from start to finish, this is one bad ass album which makes the listeners a bit more aware that some bands are getting stronger with what they do. Magnanimvs won't disappoint fans of Behemoth, early Vader, Immortal, Krisiun & Gorgoroth to name a few. If you like your metal extreme as hell, then this will quench your thirst for more than what you probably had expected. Storms of Chaotic Revelations is getting a 5/5 stars based on how incredible this album is within its entirety. Remember metalheads, this is EVILVENGEANCE666 telling all of you to keep supporting UNDERGROUND metal and your local music scene, keep shredding metal & MOST OF ALL: KEEP YOUR HORNS UP!!! \m/-_-\m/


* Bonus tracks originally on the Demo from 2003 known as, Unchaining The Fevers & Plague.